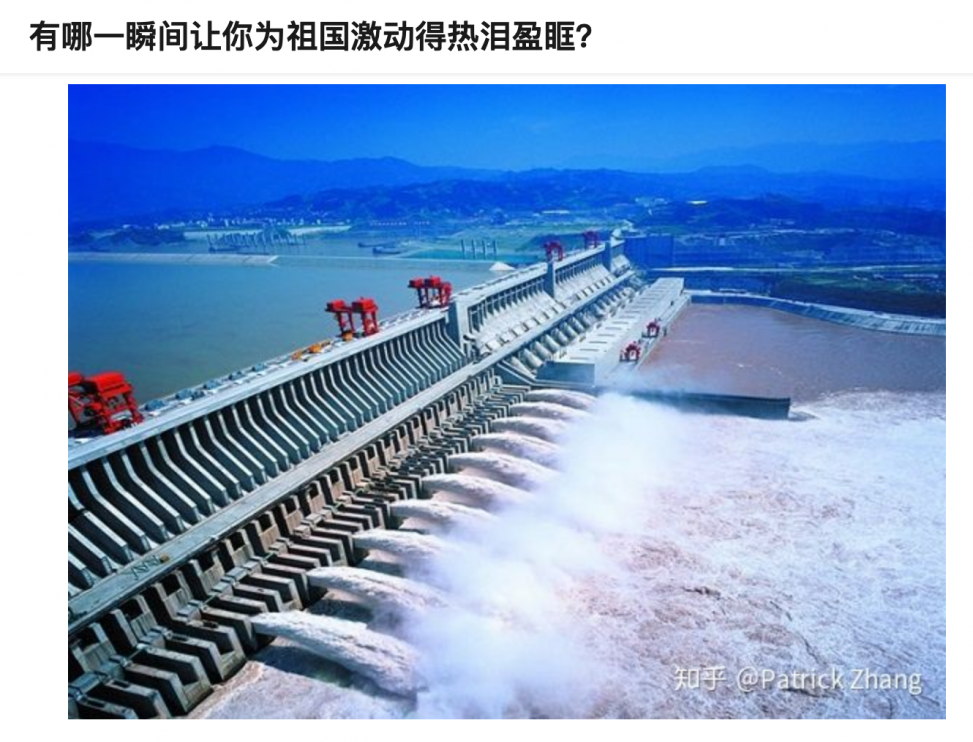 About Kiki Zhao: Kiki Zhao is a freelance writer based in China and the U.S. Previously, she was a journalist in Beijing, where she also attended college. She grew up in northeastern China and attended graduate schools in the U.S. She holds an M.A. from Yale University Council of East Asian Studies, where she was a recipient of University Fellowship. Professionally, she is affiliated with the Fairbank Center for Chinese Studies as an Associate in Research. She can be reached at kiki.tianqi.zhao@gmail.com

Photo: Screenshot of a post on Zhihu 知乎. (Translated: What moment moved you so much, that your eyes filled with tears for your motherland?)